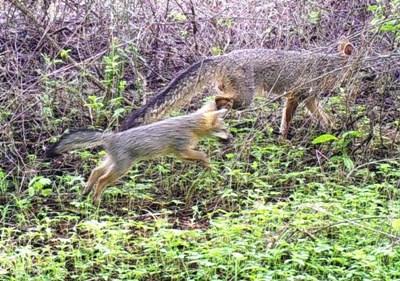 With June the 15th being the official start of the high season for the Olive Ridley Turtles (Lepidochelys olivacea) to lay their nests, we are working hard to prepare ourselves for the very busy period we are expecting soon. We finished off the low season on the very respectable number of 230 nests from the beginning of January until the 15th June. This has gone up from this time last year where we managed 180 nests. So we are hoping that this is a good sign that we will hit the 2000 nest mark and pass it again this high season as we did last year.

The rains have started earlier this year with a few days giving us a couple of hours of rain in May. This was great news for the turtles that increased their nest laying activities instead of doing the usual ‘false crawls’ that we usually see at this time of year. These false crawls are seen due to the sand being too loose with lack of rain so the holes they dig for the eggs collapse and they are unable to lay their nests. It also makes our lives much easier in the hatchery as we suffer the same problems as the turtles with constantly collapsing holes!

Our bird surveys across the lagoon are continuing very well and we have now increased the number of species positively identified to 102, which is an increase of 19 new species identified since the beginning of the year. These include the least grebe (Tachybaptus dominicus) and the ruddy-breasted seedeater (Sporophila minuta). We have also been visiting the incredible area called El Caiman once again and the breeding season for the many species found there is in full swing. It is really great to be seeing so many young birds however our job of identifying the different species becomes much harder as the juvenile markings are often very different to the adult markings that we are used to! 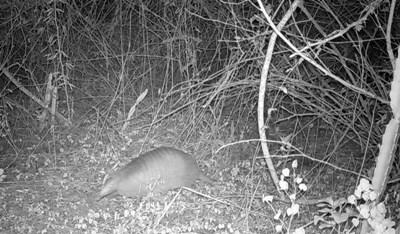 We have had a great few months with our Crocodile project activities. The pair of endemic American crocodiles (Crocodylus acutus) that we have at the project has laid a clutch of eggs. This was what we were hoping for as our proposed crocodile breeding and release project depends on having pure bred American crocodiles to release into lagoons that are lacking these native species once abundant in the area.

We have also collected nests from the wild populations found in the lagoon next to the project. We don’t know what species of crocodile these might be, either the non-native species to this area, the Mexican crocodile (Crocodylus moreletii), or the native to the area American crocodile. There is even the possibility of a hybrid mix of the two! Therefore we plan to use the confirmed American crocodile young to compare and see if the other two nests we have will be a viable option for release as pure bred individuals as opposed to the non-viable hybrids.

The other part of our crocodile project plan has been moving forward very well. This is our effort to make a small natural history museum at the project for all the visitors to read and learn from. All of our volunteers that are here for sufficient time (generally three weeks or more) are asked to make a poster about all the different species of animals or plants we find at the lagoon here.

So far we have posters about iguanas, basilisks, dragonflies, hummingbirds and snakes. We have others in the pipe line with our current volunteers working on them in the time we spend in town. The plan is that as soon as we have posters for about 8-10 different species we will start displaying them and then slowly add to the collection as our volunteers continue to make them. 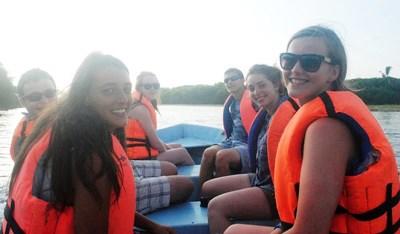 The most exciting time of the week (for me at least!) is the day we check our new camera traps. These are motion sensor cameras that we strap to the trees in the mangroves and whenever there is movement in front of the camera a photo is snapped of the offending object. So far we have been able to catch a few very exciting photos including a white-tailed deer (Odocoileus virginianus), Northern racoon (Procyon lotor), white-collared Peccary (Pecari tajacu), a grey fox (Urocyon cinereoargenteus) that had two cubs with her and my personal favourite of a couple of sightings of a nine-banded Armadillo (Dasypus novemcinctus).

This was from just four cameras set up over three weeks, we now have all eight of our cameras up and running and at the end of this week hopefully we will have a great selection of new and exciting photos to add to our collection. We are currently running all our cameras on the edge of the mangrove forest system, however as time continues we will move deeper into the forest. Hopefully getting some idea of what is really going on in the forest as there is no official species list and any movement of humans through the mangroves sends any animals running a long time before we reach them so this is the perfect way of seeing natural movement through this environment.

The beach clean-ups continue as usual each week and we currently have a bulging enclosure of plastic bottles to recycle. We have been keeping our section of beach in front of camp clean as well as being able to move a little further afield and help clean up the beach for about four km’s around our camp. The good news is that since our homemade signs asking people to take their litter home with them went up we have definitely seen a decrease in the dropped litter around and now just have to concentrate on the rubbish that is washed up on the tide.

With our camp being made mostly of wood our building work is a continuous session of curing the material against the elements. We are also increasing the size of our bedrooms. The encroaching tides has also made relocation of some buildings essential but the recyclable nature of wood makes this process much simpler! We have spent the last two months finishing off the building move and now have all our bedrooms up and running with all the finishing touches- just in time for our summer rush. We have even managed to finish off a great new path to each of the dorm rooms so that the journey from the shower to the bedrooms doesn’t leave you just as sandy as before the shower!

I hope you can tell that things are progressing well in our little patch of paradise and I really hope you will be able to join us for the summer/autumn turtle high season to help us release many hatchlings as well as joining in with our other many exciting projects we have here.