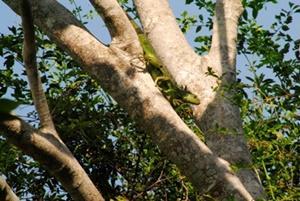 The end of October to the beginning of November sees the end of the peak season of laying the Olive Ridley turtles (Lepidochelys olivacea). Slowly the number of nests collected each night dropped from an average of 35 a night to about five or ten a night. However this still meant that we were hatching a lot of earlier nests and the beginning of November brought only one thought to the minds of those of us at Camp Chupadero - Leatherbacks!

Leatherback turtles (Dermochelys coriacea) are the largest and rarest of all seven species of sea turtles, with the laying season on our beach running from November to February. So far we have managed to rescue three nests of these incredible animals and have made a little leatherback corner in the hatchery so we can keep a very close eye on the hatchlings when they arrive. The first of our nests is due to hatch after 60 days on the 11th January. So keep a close eye on the website to see our photos of some of the first young of 2014 even if you are unable to join us for this momentous event!

Throughout November we have managed to collect nests from all three of the species of turtle that lay on our beach: Olive Ridley, Leatherback and Black (Chelonia mydas agassizi). 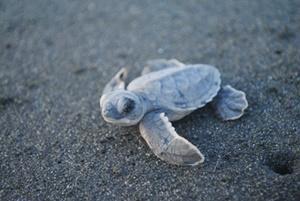 Our bird surveys on the lagoon have been taking a bit of hit recently with the changing levels of water caused by the late summer storms. Although the heavy rains have cleared out most of the weeds that hinder our boat as we row around the lake, the downside is that there are fewer areas for the birds to settle on and forage. This makes it harder for us to census the birds as they are no longer in such visible spots! As a result the rowing has been easier but the bird spotting harder - with most of the birds flying into deeper parts of the lagoon and only giving us a brief flash of themselves to count and record. Our volunteers have had to hone their observing skills to maintain a steady flow of good data!

The raptors on the lagoon have been magnificent and this month we have recorded a wide variety of species which include osprey (Pandion haliaetus), snail kites (Rostrhamus sociabilis major), common black hawks (Buteogallus anthracinus anthracinus), and large flocks of black Vultures (Coragyps atratus) that glide past the lagoon each evening near sunset.

Although we were unable to count this bird on our surveys in the lagoon we have seen the return of the Cooper’s hawk (Accipiter cooperii) which is a resident of the electricity lines just outside camp in winter time giving us great displays as it swoops off to hunt his prey.

The species list we are creating for the birds found around this inland lagoon continues to grow and this month we were able to add the great blue heron (Ardea herodias) and the tri-coloured Heron (Egretta tricolor). The onset of the rainy season has given the plants some much needed water and as a result they have bloomed. This leaves us frustrated much of the time as you can hear the birds chirping away close by but have no chance to actually spot them! 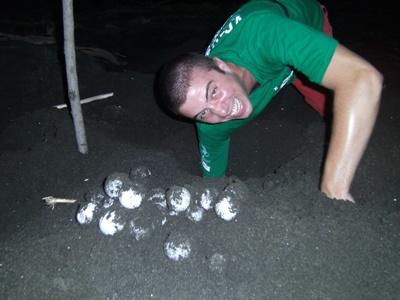 At this time of the year the crocodiles in captivity are fairly inactive as they await the spring and the start of the mating season. This gives us a great opportunity to start thinking about how to educate the visiting tourists further. We have now created an area that would be perfect for a museum displaying information on all the reptiles found in the area. Therefore our newest task, over the next few months, is to research and create poster boards about all of the crocodiles, iguanas, snakes, lizards, turtles and caimans found around Colima. This will be accompanied by a huge display of craniums of the crocodiles that have died over the years and which are stored at the farm already.

Our weekly beach clean-ups have continued to keep the two kilometres in front of camp clear of too much washed up rubbish. With the ever growing stacks of plastic bottles going for recycling we feel that even in the middle of a deserted Mexican beach we are doing every bit we possibly can for the environment. These, accompanied by the recycling of the plastic bags used for transporting the turtle nests from the beach to the hatchery, give our volunteers plenty of that ‘Save the Earth’ feeling!

I hope you have enjoyed reading about our most recent exploits in Mexico and hope that you can join us in the New Year to help us release our many small leatherback hatchlings.