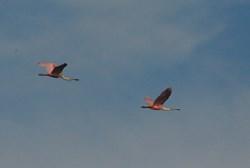 The high season of egg laying for Olive Ridley turtles started on 15th June. Night patrols managed to find 50 nests in June alone. All these nests were laid by Olive Ridley turtles and they were successfully relocated into our protected artificial beaches. Patrols have also increased from once a night (starting at 1am) to twice a night (starting at 12am and 5am) to account for the increase in turtle activity, as well as, sadly, the increase in poaching activity. In May and June we have managed to only lose four nests to poachers, so our patrols are working well to cover our 24km stretch of beach.

Over these last two months we have officially decommissioned the north hatchery and started to extend the south hatchery so all our rescued nests will be in one place. The extension is still on-going as hopefully we will be filling all our current space and needing more.

Some of our afternoon activities have been helping to prepare the hatchery for the coming high season, including putting up the shade cloth, to keep an optimum temperature for the eggs, and removing a palm tree (or two!) and their many roots from the hatchery so that when the hatchlings emerge they are not trapped by the roots and we can release them into the ocean. We have also started to use a grid system in the hatchery so that keeping track of all our nests becomes easier and more efficient. 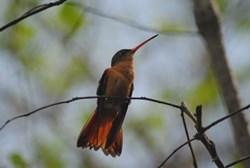 These past two months we have been trying to standardize the length of our bird surveys on our local lagoon, Chupadero. We now spend 20 minutes per survey. We also have two different types of survey- “Sweeping” and “Still”. The sweeping surveys are done to get a better view of the different species of birds found down channels and the “still” surveys are when we have an open area and have a good panoramic view of 360 degrees.

Currently we utilise 6 different survey spots. However with the wet season on the way the rising waters will cut off one of our more popular spots, El Caiman, and open up other areas for surveys.

We also use two different methods of exploring the lagoon. A motorboat, where a local man takes us to our furthest areas normally about a 45 minute drive away, and our own paddleboat, which, depending on the skills of the paddlers, can take anywhere from half an hour to two hours to arrive at our survey areas!

Some of our most regular sightings are Roseate Spoonbills, Black-bellied Whistling Ducks, Anhingas and Brown Pelicans. The past two months have been fantastic as the breeding season is on and as a result we have been lucky enough to see mating displays, territory disputes and the last week of June has seen large numbers of fluffy young chicks all around the lagoon. 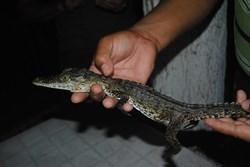 Working in partnership with the staff at the crocodile farm we spend our time there each week helping muck out the crocodile pens, keeping the whole area tidy, clearing new paths for visitors, and, most recently, we have been helping find wild nests from the adjacent lagoon. These wild nests are then relocated in a safe area so that when they hatch they can be protected.

In addition, Projects Abroad has been asked by the staff there to compile a species list of all the birds seen here. This means we use their specially built wooden path that surrounds the lagoon to conduct our surveys. Since the conception of this project in mid-April we have found 61 different species of birds. These include four species of woodpecker, three species of trogon, three species of oriole and three species of hummingbirds. We see many more species but they are gone too quick to identify! We add to this list each time we do a survey and there are many more species to find.

We have also participated in two night surveys of wild crocodiles in two different lagoons. The first survey was the lagoon adjacent to the farm, which has been previously surveyed but needed an update of information. Using a rowing boat and a large torch we make a count of all the crocodiles. Where possible we estimate the size of the crocodile whereby we use the size of the head and multiply it by 10 to gain the approximate total size of each individual. The second survey was a much larger lagoon about a five minute drive from the farm where over 100 crocodiles were spotted!

An important part of turtle conservation is intensive beach management. A priority in such management is keeping the beaches where egg laying occurs clear of rubbish. This helps reduce the chance of a turtle aborting an egg laying attempt. To do our part each week we make sure that the 2km stretch of beach directly in front of camp is kept clean and, when time allows, we clean further afield too. We also participated in a community beach clean for a beach approximately 40mins away from camp. This helps to increase our standing within the community and show we are not afraid to get stuck in and get our hands dirty.

These past two months have seen a lot of maintenance activity on camp. We have started to build a new house that will become an office in the long run but can also be used as a bedroom when we are running the camp at full capacity. Our current bunkhouse has also seen some improvements with a new brick wall running along the bottom of the seaward side an extra coat of wood finish to help protect against the elements. The end room of the bunk house is being transformed into a new kitchen area, which will help us to feed all of the volunteers we will be receiving over the summer months.