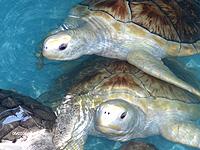 July has been our busiest month so far this year with 21 volunteers helping our conservation efforts. As a result of their keen efforts we have discovered new species of birds for our species list at the lagoon including a wood stork (Mycteria americana) and a white throated swift (Aeronautes saxatalis). We have also been lucky by recently spotting many green iguanas (Iguana iguana) swimming and climbing on vegetation which was very exciting for the groups that saw them. 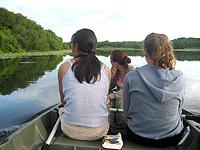 Many of this month's volunteers included a group taking part in our two week special programme who were here to take Spanish lessons as well as conserve the turtles. These volunteers got to experience all aspects of life at camp and learn about what we do here and why, whilst improving their Spanish with a teacher from the local town. The volunteers were taught in our completely furnished new building, which is now in constant use by the volunteers as a place to relax in the hammocks, as well as a place to learn. 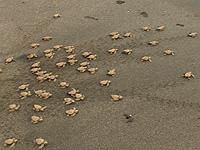 Our patrols at night are producing at least 15 nests a night which is exciting, so over the next months there will be lots of baby turtles for the volunteers to release. Currently the nests collected in June are hatching, and every day there are turtles to set free and it is the one of the highlights of the day for the volunteers. It is always an amazing sight to see these tiny turtles head straight for the water when you put them on the sand, and to watch their battle with the waves to get into the sea. 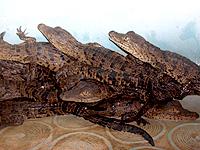 Due to our efforts at the crocodile farm, the government have taken an interest in the project and are now providing funding and man power to develop the infrastructure and program of the crocodile farm, which is very fantastic news for the project. Unfortunately we have also suffered a set back this month, as 13 of our young crocodiles were stolen from their pen. This unfortunate occurrence has been tempered by the hatching of the nests that we collected and buried last month. These crocodiles have been placed inside a secure aquarium to prevent their theft, and we are hoping to secure the area properly to prevent future thieves. 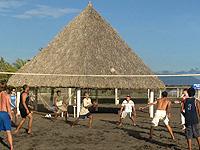 On a final sad note, one of our co-workers in Guadalajara, Daniel, recently passed away in his sleep. He met our volunteers at the airport and settled them into the country before sending them to camp. We thank the volunteers for their kind thoughts at this time and extend our condolences to his family.