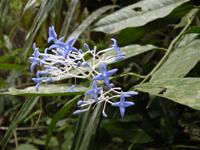 As the rainy season threatens October has seen the hatching and release of our first baby turtles; the completion of the new accommodation block; a visit from a film crew; mist netting; new botanical discoveries; advances in the animal rescue centre and general maintenance around the reserve. 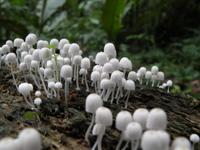 Daniel Medina continues to survey the flora of the reserve and he has pushed our species list up to well over 250 with many more specimens being dried and processed for identification. People can easily overlook the importance of the rainforest plants with the brightly coloured birds, noisy insects and scurrying mammals bombarding your senses as you walk through the forest but the plants are truly fascinating. Their unique symbiotic interactions with animals, specialisations to combat depredation and outright size never cease to amaze me and Daniel's enthusiasm is infectious as volunteers leave Taricaya with a newfound respect for plants. Already he has discovered species previously unknown to the area and this reflects our findings in the bird surveys as many species thought only to exist in cloud forests have been found in Taricaya also. Such a correlation is in fact reassuring as the presence of these plants suggests the presence of animal dispersers and for the animals, a source of food. There is a lot to still investigate but there are huge amounts of publishable material already and Daniel and I have agreed to start processing it immediately. 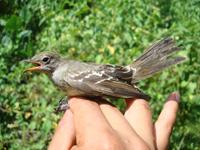 The animal rescue centre continues to flourish and this month has seen us concentrate on building the pre-release enclosure for our adult group of spider monkeys (Ateles sp.). The fact that the ideal site for this project lies deep in the reserve meant that we had to separate large blocks of time to work on this project. As usual, volunteers and staff were up to the tough physical demands of the work and the huge netted area is close to completion. It will be immensely satisfying to move the group out into the reserve and watch how they start to adapt to their future home. The transition will be closely monitored and their behaviour recorded as this is a pioneering project for the release of these regionally extinct primates. Success with this release could help the species on a much larger scale as our experiences will be published and this will facilitate other entities in different areas hoping to accomplish the same goal. Further good news surfaced this month as the younger jaguarundi siblings (Herpailurus yaguarondi) were sexed and both individuals are female. The rapid growth of these beautiful felines enabled us to finally ascertain their sex as young cubs cannot be differentiated until they reach a certain size. This is very exciting as these sisters could potentially mate with our older male and the future offspring released into the wild. The solitary and timid nature of the jaguarundi makes it hard to estimate its true status but these small cats are undoubtedly suffering from the effects of deforestation and prey loss, a fact reflected in their CITES status.

We reopened our mist nets this month and there are two new species awaiting a positive identification from outside experts. The first is a possible new species of antwren (Ihering's) that could be in the area but whose plumage and size is so similar to another member of the same family (Long-winged), which is already recorded at Taricaya, that I have sent the data and photos away for confirmation. The second is a definite new species but needs to be clarified as one of two possible candidates. The migratory flycatcher is either a Lesser or Small-billed Elaenia both of which would be a new species for the list. Should both birds result as new findings for the reserve then our total will move to 423 as we have a further positive addition in the Yellow-shouldered Grosbeak (Parkerthraustes humeralis) which was seen several times from the canopy platform this month.

Elsewhere our first turtle nests began to hatch and the baby turtles were duly marked and measured ready for release. We then coordinated with the local government office so that they could be present for the release of the first group of youngsters. INRENA has given us the permits for this project over many years now and a measure of our success is their request to be present and document the release as a pilot for other areas of Peru. Our relationship with the government continues to strengthen as they realise that we are a dedicated and committed organisation a fact that is reflected in all our joint initiatives be it the reserve's management, the animal rescue centre or the turtle project. 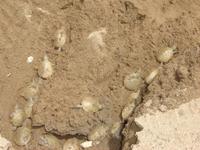 "Les Productions Du Golen" is a Paris-based film company that had been commissioned by the Voyage Channel to do a series of documentaries around the world. Having contacted the Projects Abroad office in France they chose Taricaya as the location for one of their programs and a week of successful shooting gave them footage of our wide range of projects set against the magnificent backdrop of the Amazon rainforest. This is now the fifth television production to be filmed at Taricaya since our conception and as the project moves from strength to strength our international recognition continues to grow. Heightening awareness of the plight of the tropical rainforest is one of our primary goals at Taricaya and our hands-on techniques are at the forefront of conservation efforts. Such publicity is well earned and necessary if we are to slow the large-scale destruction of the world's richest ecosystem.

As Taricaya continues to prosper and grow it became necessary to renovate our oldest dormitory block. The aged two storey building was finally pulled down and the material recycled where possible to complete a new accommodation block of 5 big rooms with private bathrooms thus leaving us with uniform accommodation for everyone and a capacity of 40 volunteers. A figure we reached earlier in the year! It is strange to see the layout of the lodge without our first ever construction dominating the view but eight years is a long time for a building to last in the hot and humid conditions and progress always involves change. We are now fully equipped to face the challenges of the coming wet season and as we celebrate our 8th anniversary next month it is fitting that the building work has been completed. This year has seen the completion of a laboratory, butterfly house, new volunteer accommodation and extensive maintenance work on the bridges and platforms around the reserve. Our focus must now shift to improving our installations for the animal rescue centre as older cages need replacing with our new models designed for a longer life span.

As our numbers remain above 20 volunteers into November there will many more advances to report on along with the first ever mist netting course to be held in Peru which will take place next month in the reserve. The rest of our baby turtles will hatch, the rains will no doubt start in earnest and more adventures will be had in the heart of the Amazon rainforest.