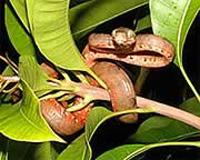 I must apologise for the delay in producing this latest report, time seems to have escaped me these last few weeks and coupled with illness to staff members and a lot of work behind the scenes with the reserve and exciting new projects I can hardly believe we are already at the start of April.

I will begin with the pilot farm project where we have been continuing with the mahogany project and the third and final phase is now in full swing. You may recall that we were starting to transfer the young saplings from the nursery beds to different areas to investigate their resistance to sun; shade and competition from other plants. The plants are now all in place and we have to carefully monitor survival percentages, growth rates, and attack from an insect parasite, the Hypsipyla robusta. This is a type of moth that lays its eggs on the young plants and the caterpillar can cause serious damage often stunting growth. We have started to investigate different control techniques involving natural repellents and biological insecticides amongst others. According to previous reports the moth only flies to a height of 3m so once the trees have passed this level the threat is eliminated. We also need to prove this so after this stage we can stop the preventive measures.

Elsewhere at the farm we are starting to harvest the little chiles known locally as "ojo de pescado". In the local markets the chiles fetch 3 soles a kilo which for the amount of work required harvesting them is a very little to receive. Thus we are investigating different ways of packaging and preserving the product so by selling the chiles in much smaller amounts but well preserved the farmer's revenue can be increased and justifies the effort in picking the fruits. The other new innovation at the farm is the idea of producing vinegar. Many farmers leave their huge bunches of banana to rot as the price is so poor in the markets and they produce far more than they can eat. However the bananas can be left in sealed buckets and after a month the bananas have fermented into vinegar. The vinegar is a lot easier to transport, it stays fresh much longer and gets a better price than the actual bananas. This idea will not make the farmer rich but every little helps and all the little projects put together will reduce the farmer's dependency one just one crop and help him make his farm self-sufficient. 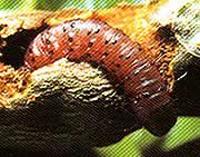 The herpetology project is continuing to progress and last month we found this beautiful Amazon tree boa (Corallus hortulanus) near the lodge. It is a non-venomous constrictor with amazing colours and it was the first time I have found this species in my time out here. We also found several new species of frog that we had not encountered before in the area.

New residents in the animal release program were two red howler monkeys (Alouatta seniculus) and a black spider monkey (Ateles paniscus). They are comfortably in a big enclosure where they will remain until they have lost their familiarity with humans and can be released into the reserve. There was some sad news however as our longest resident in the release program, Flor, the spider monkey died. It was an unfortunate incident whereby she broke into the volunteers' rooms and ate a deadly mixture of pills and medicines. She had been with us too long for us to place her in a cage and after several releases she continued to appear at the lodge and so we resigned ourselves to her continual presence. However the unfortunate incident has made me reconsider the strategy I am employing with the animals and I am happy to report that longer term plans for a second release centre away from the main lodge are underway. It will be great to use the lodge as a quarantine centre and have a second fully equipped site deep in our reserve.

Elsewhere, the trails have been thoroughly cleaned and are now remarked after the heavy storms of the wet season and new signs have been placed at the limits of our reserve. Work is still aplenty and there is no shortage of things to do as more plans for projects materialise and the older ones continue to provide work.