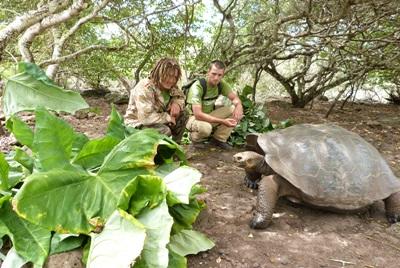 The ecosystems of the Galapagos Islands are vulnerable to almost any impact; be it climatic or introduction of invasive species. Foreign plants compete with endemic ones, introduced animals such as rats, kill resident birds and destroy nests; and one of the most important jobs we undertake here on the islands is helping the National Park Service (PNG) try to eradicate these invaders. In a joint effort we are undertaking different activities to help the fragile ecosystem of San Cristobal and the PNG are very grateful for all the help our industrious volunteers provide.

This month we have been working hard in both plant nurseries cultivating endemic plant species for reintroduction into areas where we have removed the invasive plants such as the “mora” and Supirrossa. One of our main work sites is the small hill known locally as Cero Colorado where the mora berries and guayaba trees had been out-competing the endemic plants. To date we have planted 400 saplings of the plant Miconia robinsoniana which is only found on the island of San Cristobal and nowhere else on the planet! 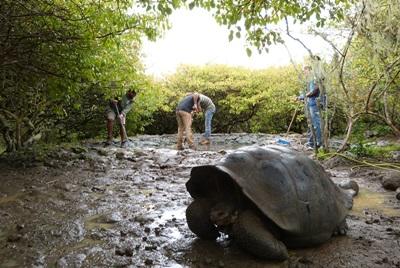 At the tortoise breeding centre we continue to help feed the residents, keeping the area clear of invasive plants and maintain and helping with enclosure for breeding adults and new hatchlings. The nesting areas of the reserve are very important to keep clear from foreign plants as the huge females are very specific about where they lay their eggs and by keeping the area clear it is easier for us to monitor the nests and collect the eggs for artificial incubation away from predators, such as the rats I mentioned earlier.

So far this year we have successfully relocated a nest with 13 eggs and have helped in the tortoise census where the “wild” individuals are temporarily captured to be weighed and measured. This biometric data helps the centre monitor the health and growth of the population on the island.

We continue monitoring the endangered species on the island such as the sea lion and marine iguana. We are generating a database to study the population dynamics of these species living near the town of Puerto Baquerizo and to determine the effects that the weather phenomenon “El Nino” had a few years ago. We have also been performing bird studies recording the species of sea birds that nest on the islands beaches and peninsulas.

Part of our work with these marine animals involves beach clean-ups. The sea tides continually wash up rubbish and by cleaning the beaches where these animals live we reduce the chances of accidental deaths. All the debris is collected and weighed so we can record the amount of rubbish thrown onto the beaches. 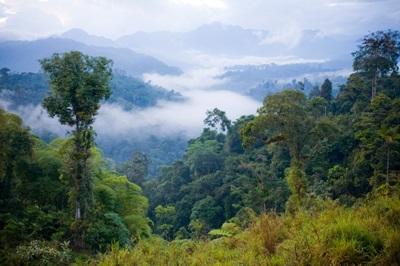 On the island’s highlands we have been working with different farmers teaching them how to produce and use natural compost to fertilize their crops such as bananas and other vegetables. We hope to teach the farmers that natural farming techniques are just as efficient as artificial ones and thus reduce their usage of harmful chemicals that wash down into other habitats and eventually the ocean. Such pollution is catastrophic to an ecosystem as delicate as that of the Galapagos and I am pleased by the reaction of the farmers thus far.

We continue the monitoring of the Galapagos petrel which is a marine bird found only in the Galapagos Islands. We are recording the number of active nests and monitoring them until the young chick is fully fledged and able to fly. To aid this process we continue our program of pest extermination and continue to try and remove the many rats that try to feed on the young birds. We are having some success here and we are starting to see the successful fledgling of many young birds crucial to the survival of the species in coming generations.

As you can see we have been very busy in our small patch of paradise and I must thank all the volunteers and staff involved in the project and the pioneering work we are undertaking in the world’s most famous archipelago!