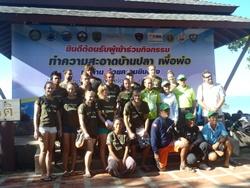 November has been a busy month for the conservation team here in Thailand. Despite the unpredictable weather and sporadic rain we have managed to squeeze in plenty of conservation work as well as have some fun.

Not only have we been busy with our own dive work, but our volunteers were also invited by the Local Government to attend a big clean-up day, so our volunteers along with around 50 other divers set out to Koh Hong and began what was one of the biggest clean-up days this region has ever seen.

They managed to pull up plenty of nets that were draped along the walls of this beautiful area. All in all the amount of debris collected was astounding, however, it was probably less than twenty percent of all the debris still tangled out there.

Our volunteers were also kept busy and fit as they hacked through jungles making nature trails and doing some sustainable farming with children in schools in the area of Khlong Thom. Not to mention the hard work of scrubbing the turtle tanks.

We also had a chance to celebrate Loy Krathong this month which was a visual feast for anyone whom hasn’t experience this before.

Our highlight of the month would have had to be the Elephant Hospital visit. Never have I seen such excited volunteers eager to help and get involved. It was a very special day.

A total of eight reef check surveys were conducted by our volunteers in November. The species spotted the most by our divers was the blue green chromis, almost 600 were spotted. Out of that more than 450 were from just three of the dive days. The other species that made plenty of appearances was the long spine black urchin; our divers spotted over 130 urchins in one dive day. There were also a high number of corals being spotted; this was mainly the flower soft coral and the plate coral. 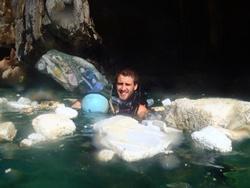 We also had encounters with some of the not so usual sightings, this ranged from the pink fish sea cucumber, yellow blue backed fusilier, and also 4 rather large lobsters all resting in the same area.

For the month of November our volunteers cleaned up debris from an area of over 2,300 meter squared. This resulted in over 60kg of loose debris but not including some of the big cages. Most of the debris, as usual, was ropes and fishing lines. At Viking Bay most of the rubbish was polystyrene. A lot of rubbish was also collected from the surface where it has been piled up inside the bay. We also found massive nets along walls and also many entangled animals and coral, this included 5 different fish and 6 crabs. We also found nets tangled up against plate corals that had to be salvaged. 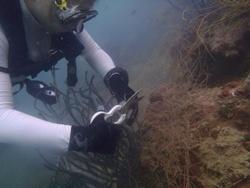 In November we also had two big clean-up days with the local government. The conservation team was invited to Koh Hong on the 22nd and the 23rd where they took part in a massive clean-up with close to 70 divers. There were also 200 people cleaning up along the beach of Khlong Muang.

During the two days our volunteers attended an opening ceremony, took part in diving against debris and also were given certificates of appreciation from the local government. Some of our volunteers were also interviewed on television. All in all it was a great event and the hosts were very impressed with our work and mentioned that they will most definitely be inviting us to any other massive cleaning projects.

Unfortunately the only endangered species that was sighted by our volunteers was the one green turtle; this was around Koh Thalu area. 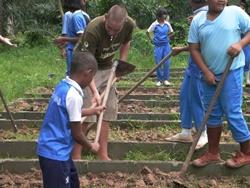 For the month of November our volunteers had four visits out at Khlong Thom where we worked with FORRU in our reforestation program. One of the main tasks that they carried out was the sustainable farming with Chiang Peng School. The work day consisted of volunteers working with the children preparing the plots to grow vegetables; these vegetables would be used in the school as ingredients for their lunches. They grew lettuce, morning glory, galangal, lemongrass, and other herbs. After two weeks we were invited back to the school to work on more on these plots and it was nice to see that most of the vegetables had grown and the work was successful.

The volunteers also had a chance to join FORRU out to a previously planted location; over here the volunteers worked together fertilizing the countless amounts of planted trees. On another occasion the volunteers worked with another school in the area to help build a nature trail to encourage the children to have a better appreciation for the forest. 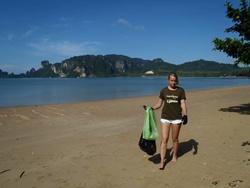 During the month of November our volunteers took part in two beach clean-up sessions. The location for these beaches cleans were Ao Nammao and Ao Nang.

Ao Nammao, which is our back yard, the volunteers managed to pick up a total of 107 kg of rubbish, from this we noticed that the most unusual items that were picked up were tires, sitting mats, fireworks, fake flowers, candles and plastic water guns. The most items picked up were food wrappers and plastic bags, a lot of rope and fishing lines were also picked up. 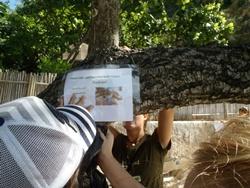 Ao Nang, a rather busy touristic beach, was our other beach cleaning session. Here we only managed to pick up over 25kg of rubbish, this is mainly due to the fact that the bigger rubbish usually gets cleaned up leaving many small items that don’t weigh up to much. The most item cleaned from that beach has to be cigarette butts, over a thousand was picked up.

In November our volunteers also went out to Rai Ley beach for our trash awareness campaign, they went out via long tail boat and went to all the popular climbing sites and popular beaches setting up posters asking people to take their trash back with them or to dispose of it correctly in the provided bins. 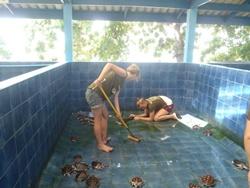 Our volunteers were taken to Phuket Marine Biology Research Center where they were split into groups; each group had to scrub the tanks that the younger turtles were kept before they reached their release size. The volunteers loved getting the tanks with the turtles and enjoy the hands on experience that would most probably be a once in a life time chance. Some volunteers whom had issues with cuts on their feet went and worked in the larger tanks, scrubbing from the outside with long handle scrubbers.

As usual after the work the volunteers were taken into the aquarium with Linnea, this gave them the opportunity to observe the marine life and ask Linnea any questions they might have been interested in. 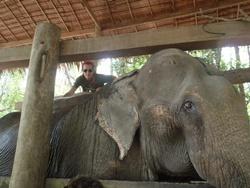 November was one of our most popular out reaches we have done yet, all the volunteers were taken to the elephant hospital, they were given a chance to see how the hospital operates and also so they would have a better understanding of the effects of elephant tourist industry on Thai elephants. 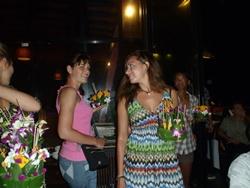 This month we also celebrated Loy Krathong, volunteers attended a workshop during the day where they put together a biodegradable Krathong. This was fun work as they sat around learning how to fold leaves and stick them on to a banana stump base, the expert showing us all what to do was Phi Sa (resort Manager).

Later that evening we went to Longtail Boat restaurant, where volunteers and staff ate together. After dinner we had a small prize for the most unique and pretty Krathongs, and after we all went down to the beach and floated off our Krathongs.