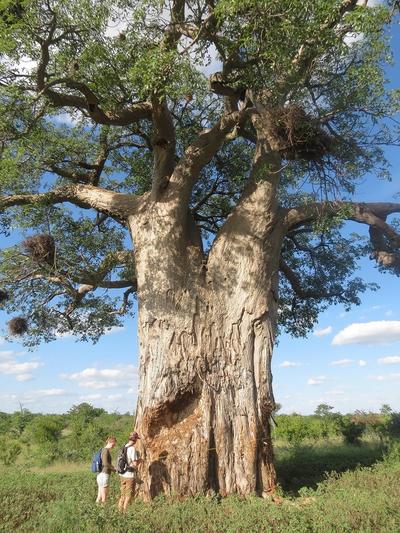 Happy New Year to all our dear volunteers from the Conservation team in Botswana! We wish you all the best for the year to come and we hope that nature conservation will be on everybody’s resolution list. Here in Botswana, 2017 started by being hot and green. The rains have been abundant, filling up our natural waterhole completely and leaving the bush green.

Sightings have been amazing and encouraging for the year ahead! With their vibrant calls that can be heard from the camp at night, the spotted hyenas made sure we did not forget about them. Our cherished giants, the elephants, came with their tiny babies and gave us incredible sightings by walking in a long, peaceful file and passing our car full of mesmerised volunteers and guides. Babies are plentiful for the antelope species too, who dropped their babies after the rains to ensure that food supplies will be available for their vulnerable first months of life. Baby impala, kudu and blue wildebeest give a heartrending touch to this already stunning wilderness. Many giraffes have been spotted and a new-born too. This baby was very cute as she had fluffy hair on top of her horn and she stayed close to mum by following her into the bush.

We hope that you enjoyed the latest update and learnt a lot of interesting facts about African wildlife and life in the bush. The bush is a treasure and an adventure! Every day is different; we just can’t get enough. 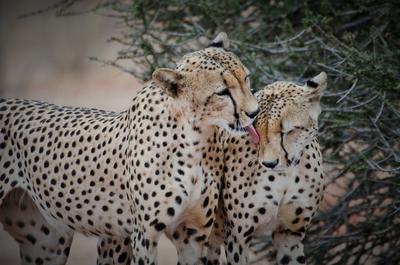 Cheetahs (Acinoyx jubatus) are specialised predators made for speed. Clocking a record speed of 112km/h, they are undoubtedly the fastest land mammals. Although cheetahs are a relatively large size, they generally do not attack large ungulates. They hunt mainly small to medium size ungulates such as impala, baby kudu and steenbok. The cheetahs prefer to live in family groups (a female with her most recent litter) or in the case of the males, to cooperate as coalitions (usually a brother). This will make the cheetah more successful during hunts. 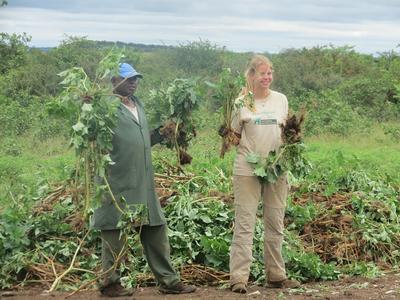 Cheetahs are seldomly seen in the reserve. By identifying them individually, it allows us to better understand their territory, their home range and the sex ratio of the area for example. To identify a cheetah, you have to take into consideration the spots they have on their legs, the tail and the body. Identifying the spots from the head can be tricky and it is more difficult as the similarity between individuals is high. At the moment, four cheetahs have been identified: three males (two brothers and one solitary male) and one female. The cheetahs are a “weak” predator and are often hunted and killed by other predators such as lions (Panthera leo), leopards (Panthera pardus) and hyenas (Crocuta crocuta). For these reasons, the rate of survival for the young is really low. The two brothers have been seen several times in the area and by the looks of things they will survive the harsh environment. It is difficult to verify an age of a cheetah and sometimes even to identify the sex of them. We hope that in the future some young ones will be spotted in the area. 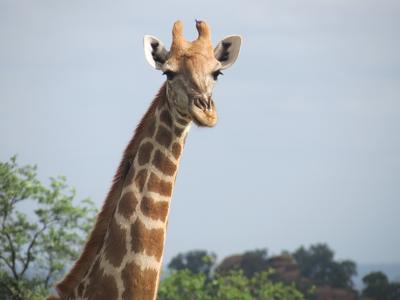 From the beginning of the rainy season, volunteers and staff have removed more than 500m of alien plants. At the moment we have 11 alien plant species present in the reserves. The three most important are the Large Thorn-Apple (Datura ferox), Hairy Thorn-Apple (Datura inoxia) and Smelter’s Bush (Flaveria bidentis). They are often found where farmers kept their cows (kraal) or can be found close to rivers, drainage lines and rocky areas. These invasive species are from other continents such as Asia, South America and Europe. These plants are a threat to our fragile environment and they need to be removed. They are often in competition with other vegetation, taking over the indigenous plants. Wildlife also don’t eat them and they are often more resistant. This is why we then pull them out, cut or burn them (depending on the species).