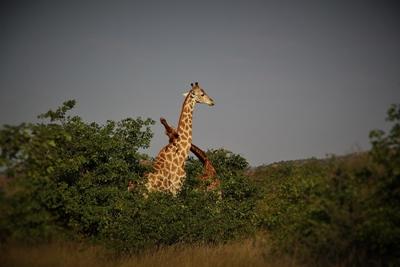 The summer is very hot here, with temperatures reaching 52 degrees! Cold water and shade are the volunteers’ best friends! We’ve been coping with the heat by turning waterholes into improvised swimming pools and playing in the Limpopo River – both amazing and refreshing experiences!

The past months have been full of activity. Wildlife continues to give birth, with tiny elephants, weighing hundreds of kilos at birth, following their mothers in the African bush under the watch of their families. The brown hyena (Parahyaena brunnea) family is doing well – the two fluffy cubs are growing fast and becoming increasingly independent by going out from the den more and travelling further from it.

It is always a blessing to see the hyena family in great shape through the camera traps, even if some spotted hyenas (Crocuta crocuta) are often around the den trying to catch the youngsters. Fighting between predators is very common behaviour due to the fact that all the predator species are in competition for food sources and territory.

We have had many amazing sightings, including: 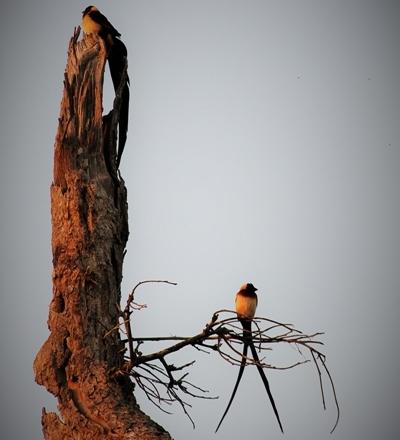 Thanks to our volunteers, we made a real difference in the Kwa Tuli Nature Reserve in 2014. We removed 59 snares set by poachers to illegally kill our wildlife. The fence separating wildlife from humans and cattle was repaired, with 70 major holes fixed. This is the only important fence in the area; it protects wildlife from poachers and also prevents dangerous animals from wandering into the villages or hunting people’s cattle.

We also removed more than 40km of wire fencing which is no longer needed, as the nature reserves have agreed to take down their fences to allow wildlife to roam freely on greater ranges. This wire will no longer be an obstacle in the animals’ journey, nor will it harm them anymore. We also removed 111 garbage bags full of rubbish that had been left behind by people driving through the reserve. Rubbish such as plastic, cans and glass pollutes the soil and injures wildlife if not removed.

The soil has been taken care of too, with the construction of 119 rainwater barriers aiming at preventing and even repairing soil erosion. A surface of 6800m² of alien plants (nearly the size of a soccer field) was also removed, allowing indigenous plants to grow again, as they should in the African savanna ecosystem.

Our elephant study has expanded, with 84 adult elephants identified. We can now identify some of the herds and lone bull elephants. With over 100 individuals sometimes seen on a single day during the driest time of the year, there is still some work to do. When the identification project is complete, we will be able to analyse elephant movements in the reserve and adapt water resources. We have also cleared and created close to 20km of roads for better game viewing opportunities.

In the Wild at Tuli reserve, the volunteers have recorded 237 birds since 2013. Last year, we even found 13 new species that had not been seen the previous year. These included the Violet-eared Waxbill (Granatina granatina), Retz’s Helmet-shrike (Prionops retzii), Marsh Sandpipper (Tringa stagnatilis), Common Moorhen (Gallinula chloropus) and European Roller (Coracias garrulous) to name a few. These great results indicate that the reserve’s ecosystem is healthy and thriving. Birds play an important role in the ecosystem by pollinating plants, dispersing grass seeds, controlling insect populations and being a food source for predators such as birds of prey, snakes and mammals. 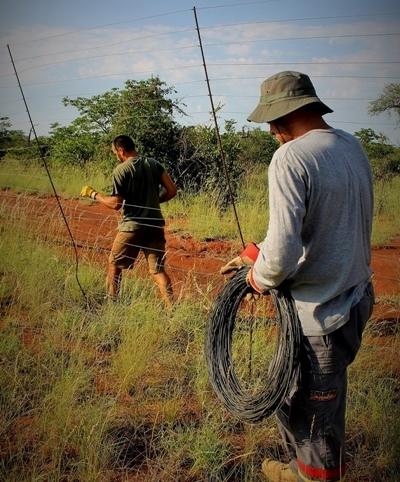 Birds, like many other animals, are facing threats from human activity. They are suffering from habitat loss due to the expansion of human habitation, deforestation and agriculture; and are further threatened by pesticides, pollution or even poaching. On this project, we monitor bird populations and their evolution; and we preserve their habitat. Back home, you can also protect birds by planting indigenous trees and building artificial nests.

This project aims to take down a huge, unused fence on a neighbouring property. The fence we are removing is 30 wires high and covers an area of 2,500 hectares. This fenced area was formerly used to breed exotic antelopes such as Sable (Hippotragus niger) and Roan Antelopes (Hippotragus equinus), but this activity stopped when the reserve was bought by a new, conservation-oriented owner.

Elephants, antelopes and predators can hurt themselves when they cross the fence and can even get stuck in it. It is thus a priority for us to remove the fence as fast as possible. In 2015, we have increased efforts and utilised new techniques to remove the fence. Since the beginning of the year – in only 2 months – we have successfully rolled over 8,000 meters of wire! Volunteers are very motivated as they understand the importance of the project for the wildlife.

Sadly, 27 wild dogs (Lycaon pictus) recently died from rabies in a neighbouring reserve. Wild dogs live in packs like wolves, with the family led by a dominant male and female. They are the most efficient predator; successfully killing 85% of the prey they chase. They are also the most endangered large carnivore. According to the IUCN (International Union for Conservation of Nature), the species is listed as endangered with a population of only 6,600 adults left in the wild. Their population is continually decreasing because of the fragmentation of habitats, conflict with humans (poaching, and conflict with livestock and farmers) 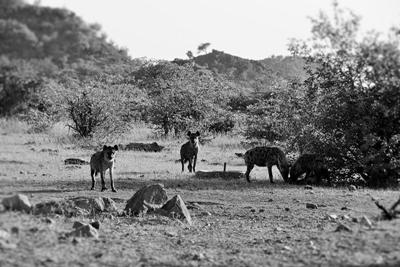 and infectious diseases, such as rabies.

Rabies is caused by a virus that can affect the central nervous system, brain and spinal cord of any mammal. Wild dogs are particularly sensitive to it as they are nomadic; they travel according to food supplies, and often meet domestic village dogs carrying the virus. Being highly social, the dogs would then contaminate most of their pack. Only eight wild dogs survived this terrible outbreak in the neighbouring reserve. They have now all been vaccinated against rabies and we hope that this will help their species’ survival.