The summer has been with us for more than a month now, and heavy occasional rains in the reserve and hot temperatures are common. Nearly 200mm of rain has fallen and helped to change the bush into a dense shiny green forest, with a carpet of lovely flowers and green grass. The vegetation is really tasty too all the herbivores!

In December we had our first generation of emperor moth caterpillars (Imbrasia belina), also known as the Mopane worm, a caterpillar very common on the area. Thousands and thousands of them were busy eating the leaves of the Mopane trees (Colophospermum mopane). When you are close enough to hear them eating, it sounds like a nice soft rain falling on the leaves. 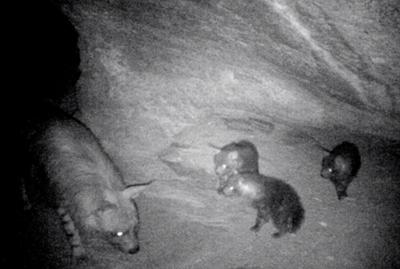 After two weeks the Mopane trees were leafless, and after few weeks the caterpillars disappeared underground to pupate and become lovely moths. The caterpillar of the species is also eaten by the villagers and is an important food source for the animals.

These last two months have been incredible for us at Wild at Tuli. The volunteers have been working hard to improve the reserve and to protect the wildlife by helping other neighbouring nature reserves to remove wire on the property as well as taking out rubbish from several properties, and much more!

As always in the bush, there have been some incredible sightings! The most delightful and incredible are all the babies who were born just after the rain. Greater kudu (Trgelaphus strepsiceros), impala (Aepyceros melampus), blue wildebeest (Connochaetes taurinus), and plains zebra (Equus quagga) are starting their new life - after few minutes all the young are already jumping and following their mothers.

In this world you need to learn quickly to walk and run if you want to survive. The volunteers were amazed to see some shy Eland running in the bush, and also to hear the distinct clicking noise that Eland make when moving. This noise is made by the hooves striking together.

In this world you need to learn quickly to walk and run if you want to survive. The volunteers were amazed to see some shy Eland running in the bush, and also to hear the distinct clicking noise that Eland make when moving. This noise is made by the hooves striking together.

The summer birds are back and gave us some lovely sightings: European Roller (Coracias garrulus), several species of cuckoos, southern carmine bee-eater (Merops nubicoides), and violet-backed starling (Cinnyricinclus leucogaster) are some examples.

The whole team wishes to take this opportunity to thank all the present and past volunteers for their hard work, which has made a huge difference to the environment. We hope you all enjoyed your time with the Wild at Tuli family!

We also hope you will enjoy this latest update and learn a lot of interesting facts about African wildlife and life in the bush. 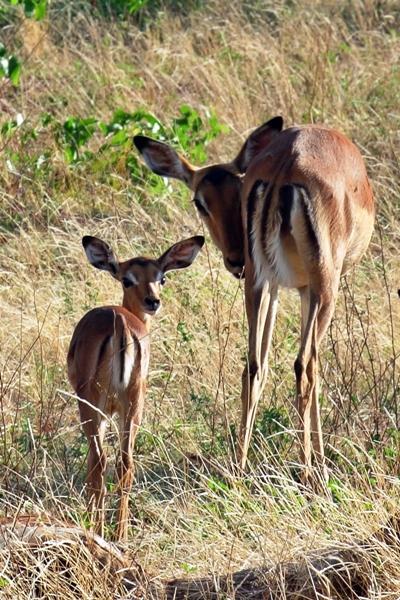 Solidarity in the African bush is important, and if a neighbouring reserve needs assistance we are always available to help.

This month we helped out twice. Firstly, on a Sunday morning after a windy night, we were called in the early hours to assist in removing a century tree that had fallen on part of a lodge. Volunteers worked hard, in the dust, to remove the huge trunk and branches. We also packed away all the grass that could be saved from the former thatch roof for later rebuilding. In the end a little jump in the swimming pool made everybody very happy.

The following Sunday, a bush fire was detected. Luckily, the trees are bare from leaves at the moment, so the fire wasn’t able to spread far. The problem was that there was no road access to where the fire was. However, volunteers stood ready in case their help was needed, next to our 1000 litre water tank.

The fire was eventually put out manually by other brave helpers; our volunteers learned about African bush fires and how hard they can be to stop! One of our neighbours remembered a time when a fire went on for two weeks before they were able to stop it. 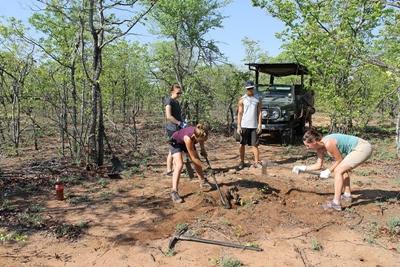 A total of 39 species of mammal, out of the 55 species possibly found in the area, have been identified during our censuses using spoor identification activities, and thanks to our cameras traps.

A census, or a mammal inventory, is an important activity in order to keep track of which species we have in the reserve and their evolution. It also helps to understand the utilization of waterholes throughout the year.

We are currently conducting censuses at four different sites, all overlooking a waterhole or a natural spring. Mornings, afternoons, evenings and even through the whole night, volunteers cover all time slots to record all possible mammal species, some with more luck than others! 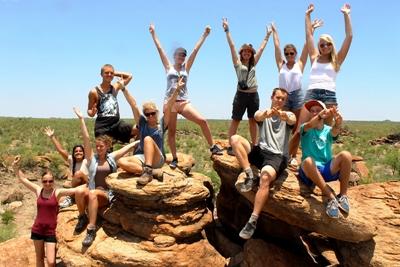 In the past, most of the land in this part of Botswana was divided into cattle farms, separated by wire fences. Nowadays, most of the farms have been converted into wildlife reserves and the fences have either fallen down or have been removed, and animals can roam freely again.

This month, while exploring the reserve, volunteers found some wire on what used to be a fence line between our reserve and the neighbouring one. A huge patrol along the now invisible boundary of the reserve has thus been undertaken with volunteers to find and remove all remaining wire and poles that once used to form the fence. This is important as animals can become caught in the wire or get injured when walking on a pole. Plus, walking in the African bush is always an adventure loved by all the volunteers.

On the ten kilometres of former fence that has been patrolled this month, volunteers have removed around one kilometre of old fencing wire and the metal poles will be removed soon to complete the job. This patrol will continue until all of the 5 000 hectare reserve’s boundaries are completely checked and safe for the wildlife. Future volunteers, be prepared to walk!