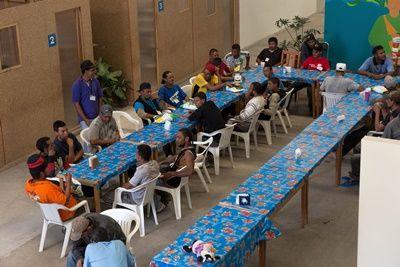 FM4 Paso Libre, a Projects Abroad International Development Project partner in Guadalajara, Mexico, held an inauguration on December 8th 2016 to celebrate the opening of new dormitories. The new dormitories will become part of the organization’s migrant shelter in the city. In preparation for the opening, Projects Abroad volunteers and staff spent the weekend on-site to clean up the space where the dormitories were constructed. The shelter will provide temporary housing for up to 100 occupants, and it will be an expansion of FM4’s current migrant services. This currently includes a soup kitchen providing two meals a day, legal counseling, psychological counselling, and medical assistance.

The purpose of FM4 Paso Libre is to provide a temporary safe space for migrants in transit from Central America and Mexico’s southern states to the border towns within the United States. Fleeing poverty, danger, and institutional collapse in their home countries, migrants cross into Mexico at the southern border and follow the train routes north in search of safer living conditions and the opportunity to find work. It’s a long and dangerous journey through Mexico, and migrants are faced with a seemingly endless number of threats along the way, such as abduction, robbery, drug cartel violence, rape, and physical injuries from assault or from hopping trains. Migrant shelters have been established along the primary routes to provide temporary assistance to those making the journey. 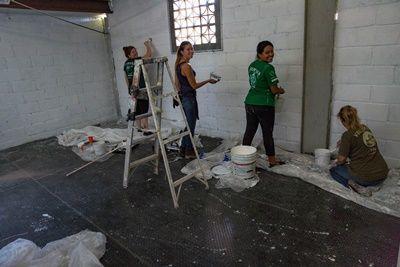 Migrants follow two primary routes through Mexico. The most heavily trafficked and most dangerous is the Ruta del Golfo, or the Gulf Route. The other is the Pacific Route which is much longer but considerably safer due to the lack of drug cartel violence in the area. Guadalajara is one of the central stops along the Pacific Route, and volunteers at FM4 Paso Libre have taken it upon themselves to provide the area’s migrants with food and clothing as well as legal and medical assistance to those who require it.

“We want to be both a physical and social space for migrants where they can feel safe and calm,” states Elisa Guerra, volunteer coordinator at FM4. “Many migrants have told us when they are here that they are reminded that they’re people. They’re a person that is worth more than the money in their pocket or the ransom that their family can send if they are kidnapped.” 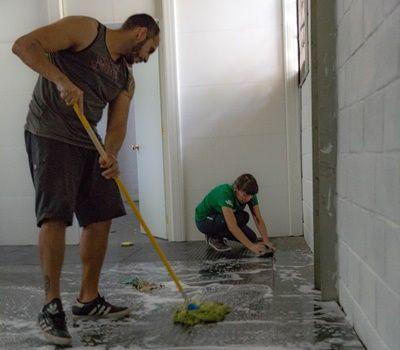 Started by a group of university students in 2007, FM4 is one of the only migrant houses in Mexico that operates independently and is not under the charge of the Catholic Church or the Mexican government. Having worked in other migrant houses around the country, the students recognized the migrants’ need for assistance in Guadalajara and began frequenting the train tracks in their free time to gather migrant information and to offer food and clothing. As their efforts expanded, more volunteers started joining and they were able to centralize their operations in a single location. From there, the organization began its evolution.

“Volunteers are the backbone of FM4 because everything was started by volunteers who did it out of their own initiative,” Guerra continues. “It started as a group of 15-20 people who did it because they wanted to. We didn’t have the structural support from the beginning that most migrant houses do.” 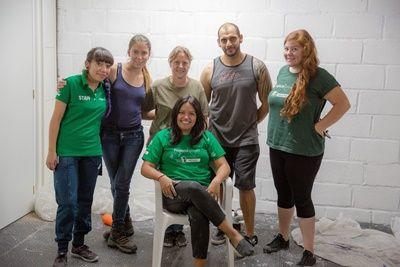 Nearly ten years later, FM4 is a fully functioning civil organization working within a network of migrant houses throughout Mexico. With operations based in a large warehouse outside of downtown Guadalajara, seven full-time staff members and 140 volunteers attend to roughly 30-40 migrants per day, though that number can be as high as 85 or as low as three. Upon opening the new dormitories, FM4 will be one of a small number of migrant houses affiliated with the UNHCR (United Nations High Commissioner for Refugees). This means that in addition to transiting migrants, the shelter will also be able to provide services and temporary housing to those with refugee status. It is with funding from UNHCR and the Australian Embassy, that FM4 has been able to construct the new dormitories and to expand their services. 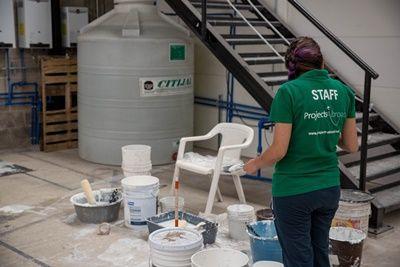 “When FM4 started, all of this was just a dream,” Guerra adds. “To have a shelter and to be taken as seriously as the other migrant organizations which have been our role models was a dream. It’s been very enriching to be able to build from our own experiences and personalities and the personality of the city.”

Projects Abroad interns joining the International Development Project at FM4 find themselves working daily alongside local volunteers. They can get involved in a variety of aspects of civil association human rights work, ranging from interacting and attending to migrants to assisting in daily operations to helping secure donations from local benefactors.

“The objective of FM4 is to defend the human rights of migrants, so that they can pass through the Guadalajara metropolitan area freely and with dignity,” Guerra concludes.

Take a look at our  International Development Project in Mexico  to see how you can contribute.